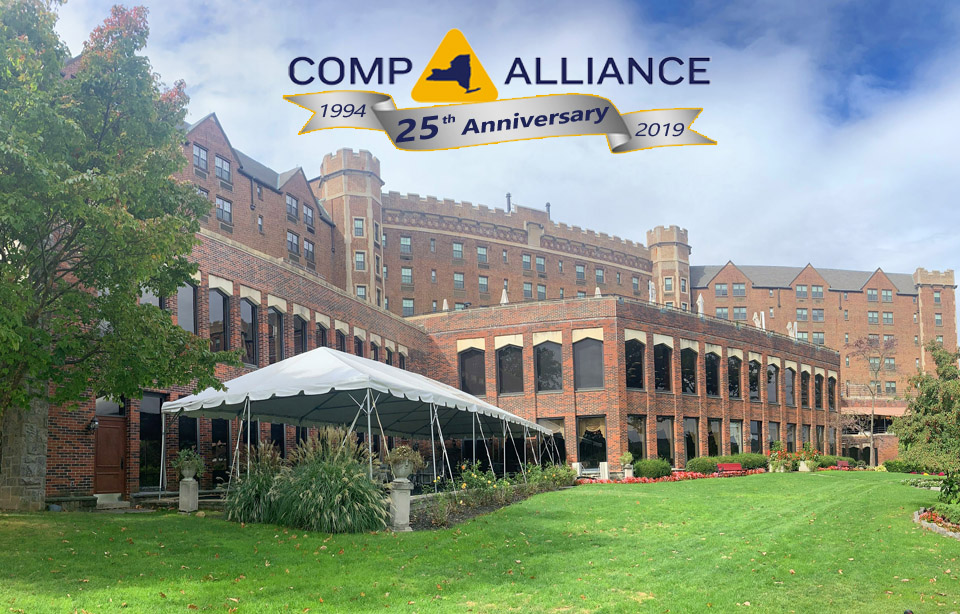 The Comp Alliance thanks all those who were able to join us on October 11, 2019 for our 25th Anniversary Leadership Symposium at West Point.

Colonel (Ret.) Sean Hannah provided all in attendance with a powerful presentation, “Leading and Communicating in Crisis”. Colonel Hannah led troops during Desert Storm, and the L.A. Riots, among many others. Attendees received ideas, tactics, and concepts for being an effective leader from Colonel Hannah, and were also able to take home ideas gained from fellow public officials during the discussion portion of the event.

The importance of preparation of your entire team, having multiple contingency plans, and the successful planning and execution of those plans were just a few of the concepts that Colonel Hannah discussed using his powerful real life situations.

Gerry Geist, Association of Towns (AOT), Executive Director, and Comp Alliance Chairman of the Board highlighted the affiliation of AOT with the Alliance. The AOT was instrumental in the development of the program and remains instrumental today sponsoring and overseeing the program along with fellow sponsor the NY Conference of Mayors (NYCOM). Both of these Associations ensure that the Comp Alliance provides its members with the best possible workers’ compensation option to fill the need of the public entity in which they serve.

Today the Comp Alliance provides nearly 300 members with budgetary stability and the opportunity to achieve significant savings by sharing the costs of workers’ compensation insurance. Michael Sweeton (Town of Warwick Supervisor, Comp Alliance Board Member and Chairman of the Finance Committee) was proud to discuss some recent exciting developments with the Comp Alliance.

In appreciation of the members who contribute to the success of the program the Alliance began distributing a portion of its surplus back to the members as a Member Loyalty Award. All program members who were at the 25th event received a check to take back to their municipality or school for the betterment of their community. The Comp Alliance Marketing Team will continue the distribution of these to our members throughout the fall of 2019.

Michael Sweeton also discussed a NEW, performance based, Safe Workplace Award. This award is designed to reward members for good loss experience. Beginning in 2020 and on an annual basis thereafter the program Finance Committee will make a recommendation to the Comp Alliance Board whether awards can be provided and how much is available, based on over all program performance.

Lastly, Sweeton and Kenneally discussed another new program from the Comp Alliance, which allows even more predictability in budgeting for the members. Program members will now have the option of the standard 12 month term, an additional 24 month option, and with restricted eligibility, a 36 month term. All of these options are fixed, up-front cost options in which the funded contribution is determined and no premium payroll audit is performed.

The 25th Anniversary Leadership Symposium would not have been complete without the Historical Guided Experience of West Point provided by Colonel (Ret) Pilar Ryan and Colonel (Ret) John Vermeesch.

We were honored to celebrate and share this historic event with so many of our program members, sponsors, board members, and program partners! Below are some pictures from the event. 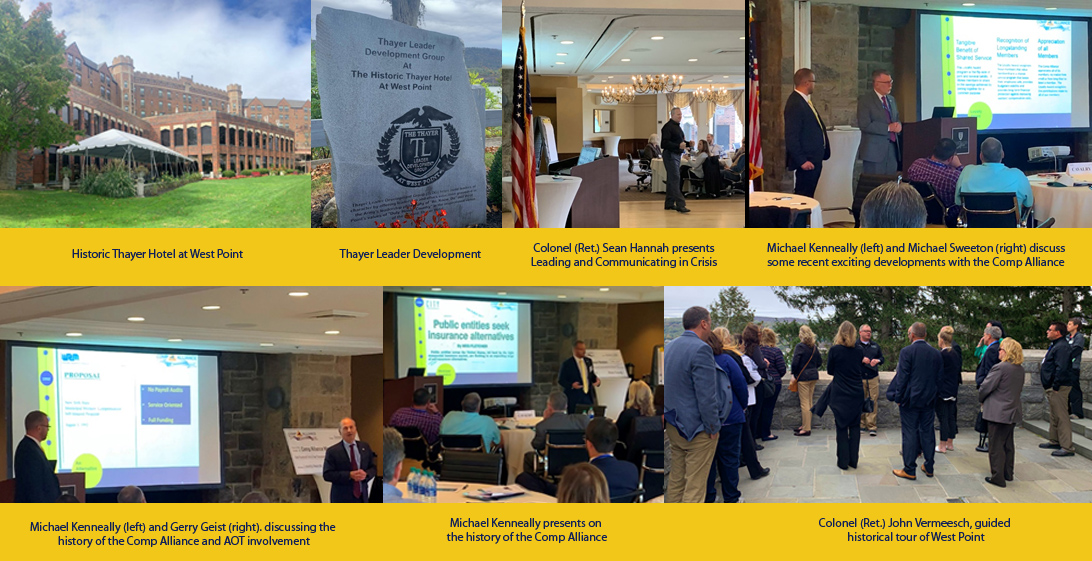